Articles on this page:

1-  Below is a link to view the trailer for the PBS documentary "Neal Cassady, the Denver Years", produced by Colorado Public Television 12. This DVD chronicles Neal's life from his childhood years in Denver to his death in Mexico.  Learn how Neal grew up on the streets of Denver, living in flophouses and caring for himself; his successful years working for the Southern Pacific Railroad and his struggles being a responsible husband and father. The DVD includes interviews with Carolyn and the Cassady children. This documentary will soon be released to public television.

2- We now have copies of "Neal Cassady: The Denver Years". 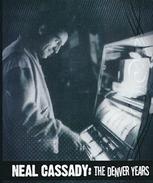 Among the many letters Neal wrote to Jack Kerouac was one that was lauded by Kerouac as "the greatest piece of writing I ever saw..."  Written in December 1950, the letter described the wild times Neal had with his lady friends, especially one named Joan Anderson.  Thus, the letter is referred to as "The Joan Anderson Letter".  Jack noted in a 1968 interview*, "I got the idea for the spontaneous style of On The Road from seeing how good old Neal Cassady wrote his letters to me, all first person, fast, mad, confessional, completely serious, all detailed, with real names."  Of course, Jack's unique writing style is the reason he became renowned in literary circles around the world.

The story of the Joan Anderson Letter's journey from Neal's typewriter in 1950 to its final resting place at the Stuart A. Rose Manuscript, Archives and Rare Book Library at Emory University in Atlanta is full of mystery and intrigue.  The links below partially describe the behind-the-scenes shenanigans, but upcoming publications will provide further details.  Stay tuned...

Regarding purchase by Emory University

Description of letter's significance  (Note: the letter did not meet the minimum bid of $400,000 so did not sell at Christie's.)

*Ted Berrigan, published in the Summer 1968 issue of The Paris Review

​ Neal Cassady was undeniably the real genius behind the Beat movement.  He was a force of nature.  He was the inspiration behind Jack Kerouac’s novel On the Road, the man to whom Allen Ginsberg 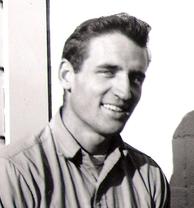 News and Musings from Carolyn

​dedicated his landmark poem Howl, and the man who motivated and inspired William S. Burroughs, Ken Kesey, the Merry Pranksters, the Grateful Dead…and untold numbers of others.

Who was this man? To the world, he was an icon of the Beat Generation of the 1950s and the psychedelic movement of the 1960s, the Holy Goof, Cowboy Neal at the wheel of the bus Furthur on the road to Nevereverland. To us, he was husband, father, and friend.  We are the Cassady family, dedicated to bringing you the real Neal, the Neal we knew.  Neal’s wife Carolyn Cassady and their children; Cathy Cassady Sylvia, Jami Cassady Ratto and John Allen Cassady wanted to bring the world the truth about the man, the myth, the one and only Neal Cassady. So join us in this odyssey of discovery, learn the truth behind the myth as we memorialize not the legend, but the man, Neal Cassady.