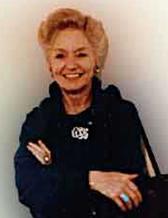 Carolyn Cassady was born Carolyn Robinson in Lansing, Michigan on 28 April 1923 at 10:AM CST, the youngest of five siblings. Her parents were educators, her mother a former English teacher, her father a Biochemist. They held strict conventional values. She lived in East Lansing for eight years until moving to Nashville, Tennessee, where she spent 9 winters. Summers were spent at Glen Lake in Michigan. In Nashville, Carolyn attended the Ward-Belmont Preparatory School for Girls. She began formal art lessons at age 9, sold her first portrait at age 14, her second at 16 and continued to paint portraits the rest of her life.